Patti purchased this Monogramm son to add color and “pretty” to the herd without losing any athletic ability. “JC” is out of BruMarBa’s premier broodmare, Brumarba Boque by *Barich De Washoe out of a Comar Bay Beau daughter with a tail-line to Pomna Ahmen.

As a young stallion, his first time shown, JUST II COOL won Halter Championships across the board (Open, Amateur and Sport Horse-in-Hand) in tough California competition (see photo below).

Now located on the East Coast, “JC”, campaigned by Yarrow Farnsworth, is undefeated in Competitive Trail winning 7 Competitive Trail Championships in a row. “JC” has also successfully completed up to 60-mile endurance rides. 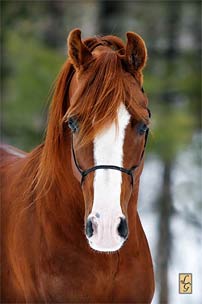 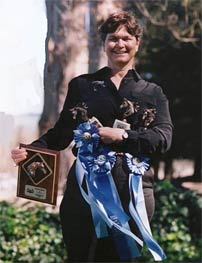 "JC" was featured in the 2008 Celebrity Horse Showcase at Springfield, MA Equine Affaire, was a model for Peter Stone’s Collectibles (of Breyer horse fame), and was a featured background for the IPOD.

JUST II COOL is exceptionally well-mannered and easily handled and ridden by young girls as well as adults. He is trained to the phantom to collect and ship fresh semen. “JC” has his Semen Transport Certificate, is CID clear and is a proven producer with fresh cooled semen as well as live cover. 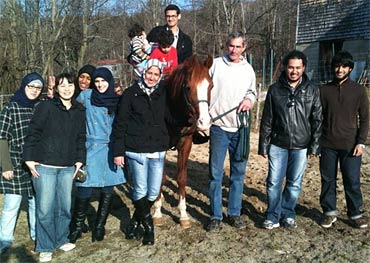 JUST II COOL, with some of his friends

JUST II COOL has been ridden, petted or loved by nearly every nationality around the world from infants to the elderly... below a photo of “JC” taken on our farm together with Muslim, Christian, Jewish, an Asian Non-believer and infants. We can all live together in peace and harmony and learn with respect about each others beliefs and cultures... It just takes an open mind and a little respect.! 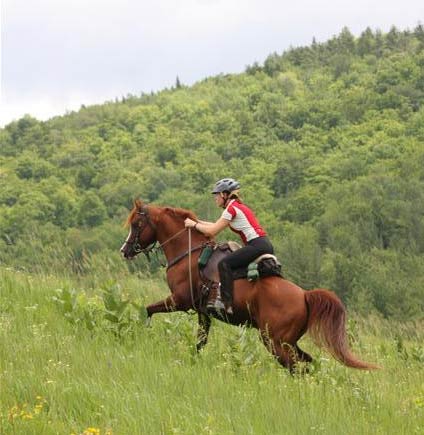 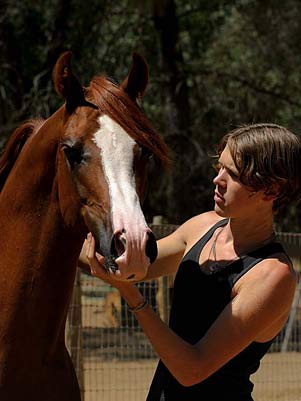